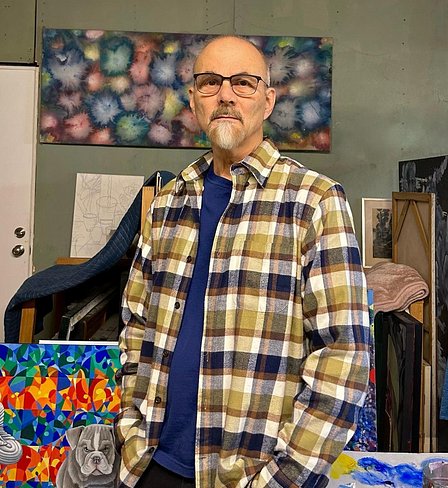 Walter W Impert received a BA in Art History from Duke University and an MFA in painting from Denver University. He resides in Los Angeles and has exhibited throughout the United Sates. In Los Angeles, Mr. Impert has shown his work in numerous one-person shows at the Orlando Gallery, the Happy Lion Gallery, LA Southwest College, and the Riverside Art Museum, among others. He has also been in many group exhibitions, including the Los Angeles Municipal Art Gallery, the BG Gallery, and the Hammer Museum. Besides showing his work, Mr. Impert has curated shows and won awards, in both online venues and gallery competitions. He is currently a studio Art Professor at Pasadena City College, and has taught at other colleges in LA, including MT San Antonio College, and Los Angeles Valley College.

Mr. Impert is known for his Realistic oil paintings and pastels, a hybrid of Romantic and Classical attitudes, mixing delicate plays of light within rigorous compositional structures. Formerly, Mr. Impert’s work was more strictly Representational, often focusing on cityscapes or candlelit interiors. In recent years, however, he has moved toward a more free-floating kind of imagery, emphasizing the relationship between Realism and Abstraction. The imagery has become more unpredictable, as Mr. Impert strives to find unexpected connections between such disparate subject matter as a Buddha and an angry dog, for example, and trying to find an equilibrium between these images and the non-representational, or abstract “background.”